Can You Really Learn a New Language by Simply Watching TV? 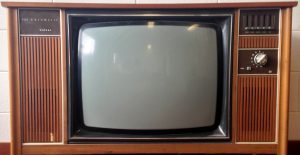 A recent CNN article touted the ‘television trick’ as a proven method for achieving fluency in any language, for both young and adult learners. Could it really be that easy?

The answer is – yes and no. While video can be a powerful tool in the classroom, there are some drawbacks to learning exclusively from television sitcoms and dramas. Let’s look first at a couple of things the article got right about fluency.

First, television shows can be quite engaging. Shows such as ‘Friends’, ‘Law and Order’, or ‘The Big Bang Theory’ have millions of viewers tuning in or streaming them on Netflix every week. The vast majority of these viewers aren’t trying to learn anything, including language – they just really enjoy the characters or plot-lines of the shows they watch.

Engagement is a critical element in learning almost anything – playing a musical instrument, learning a new sport – or acquiring a new language. Children especially require this kind of motivation to gain new skills; there must be an element of fun in the process of learning, or they will quickly disengage from the task. So, in this aspect at least, television is effective in that language learners are likely to enjoy watching their favorite shows.

Secondly, repetition is a vital part of the learning process, and television offers this in abundance. Korean soap operas, Spanish-language telenovas, and American sitcoms have predictable plots that tend to repeat without too much variation. This means that viewers encounter a somewhat limited range of language over and again, which allows them to 1) become accustomed to idiomatic language, and 2)begin to predict what might happen or what might be said next.

Prediction of possible responses in various situations is something that must occur to achieve higher levels of fluency. Our brains do this for us automatically in our native language, but can only do so in a new language after we have many hours of exposure to that language. Short of moving abroad, watching television may be the best way to gain this exposure. Many popular shows are in production for a decade or longer, providing hundreds of hours engaging – but somewhat predictable – input for the language learner.

Now let’s look at some of the caveats of learning a language primarily from watching television.

At first, a learner might pick up quite a bit of vocabulary very quickly from watching pretty much any television show. This is because there is a core vocabulary of around 250 words that every speaker of a language must have in order to construct the most basic sentences. Without this core, it can be difficult to convey anything beyond the simplest of meanings. (Remember Tarzan?) An additional 500 to 700 words, depending on the language, would be sufficient to construct 90% of the conversations most of us have in our everyday lives – talking about what we want for dinner, or asking a friend for advice, for example. Certainly comedies or light dramas might help in taking these first steps in language acquisition.

However, beyond a certain point, a favorite show might cease to be useful for learning the kind of language we need to learn. Watching ‘Friends’ for hours might help us relate to our own English-speaking American friends, but would be of less use in communicating with English speakers from other cultures, including Australia and the UK. It would certainly be of no use at all in preparing a student for an academic language test such as an IELTS or TOEFL exam. Or, imagine someone using the legaleze of ‘Law and Order’ to conduct a sales meeting – very strange indeed.

Furthermore, a fictional tv series could give the viewer a rather distorted sense of the culture associated with a particular language, and an inaccurate view of how language is used by the majority of speakers. For example, I’ve encountered English speakers abroad who love watching American movies, and have unfortunately concluded that using excessive profanity when speaking to acquaintances is perfectly acceptable in American culture. Binge-watching a historical series such as ‘The Crown’ or ‘Downton Abbey’ could produce decidedly dated or archaic vocabulary.

Finally, great care must be taken in selecting television programs that are appropriate for both the age of the learner and his/her prevailing culture. Googling for something like ‘best TV shows for learning English’ returns results such as ‘Game of Thrones’ and ‘Keeping up with the Kardashians’ – shows I’d hesitate to recommend to an adult, let alone a child.

In short, watching an entertaining television show in another language can be a great introduction, a catalyst for creating interest, or an enjoyable activity that supplements other learning approaches. But screen time will never replace face time with real people, nor can it totally replace more traditional learning methods – books, pen, paper. A good teacher skillfully uses video as one tool in the classroom. But anyone trying to use television alone to learn a new language is likely to be disappointed in the long run. 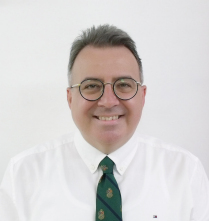 Don has spent the last 20 years working in international education, acquiring a wealth of knowledge and expertise in the process. He began his career as an ESL/Academic English instructor, quickly moving into areas of leadership in that field and others. Over the years, he has served in a variety of capacities, including: Corporate Department Head for the largest private instructional provider in Thailand; Director of Studies for joint-educational ventures between Australian and Chinese universities; Center Director for university language programs in the US; and Education Manager for the leading Business English provider in South Korea.

As a certified examiner for both IELTS and TOEFL exams, Don possesses expert skills in the areas of student testing and placement. In addition, he has a proven track record of providing high-quality teacher training through his many presentations, workshops, and one-to-one mentoring. He still enjoys his first love – teaching – whenever time permits.

Global Services in Education set up and manage schools in all parts of the world. Governed by a philosophy of global citizenship, every member of the GSE team shares a passion to help shape international education and student achievement through inspiration and collaboration.
Our goal is to meet the highest objectives of every school, teacher, student and parent, with an unwavering dedication to quality education, shared ideals and intercultural perspectives.

“Schools Led by Educators” is our mantra. We know how to deliver the highest quality standards.